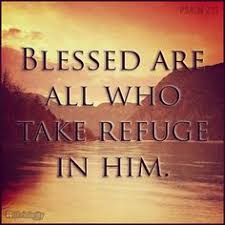 At the lectures the speaker called this Psalm a “royal” Psalm in that it speaks of the pressure David must have felt as king of Israel. It was probably written by David about the time He first became king of Israel and felt pressure as the forces around him sought to test the new king and perhaps overthrow his kingdom because of his inexperience. It was certainly written in this context, but can also be seen as a Messianic Psalm or prophecy that speaks of the age of Christ as He rules over His kingdom now in these latter days (Hebrews 1:2). I will consider it from the prospective of modern times so that we may see how it applies to us today.

It sometimes seems to the Christian today, that the entire world is set against him and against God and that almost everyone would like nothing more that to overthrow our faith, so that we may imagine vain things even as they do. Too, it  seems in this country lately, that our leaders seek to throw off the bonds of God and to lead us down the path to eternal destruction. It seems that many of them are opposed to anything having to do with God and seek to usher in a godless and rebellious age that puts us all in danger of God’s wrath if we follow them.

But God will have the last word in things, no matter how ungodly the rest of the world and its leaders get.  We must keep this in mind as we observe the politics of this age and not lose heart in following God or lose our way no matter how others “rage” against God and Jesus around us.

We are assured by this Psalm, that God will deal with ungodly nations as He deals with ungodly persons ultimately and know that He has given them into the hand of our savior who will rule them with a rod of Iron and crush them to pieces for their insolence toward Him and toward God. We must remember that everything is in God’s hands and that despite what the nations may do, all will be repaid in time.

There is so much persecution against those who profess Christianity today, that we cannot but wonder if our own country may one day turn against us and persecute us as well. Our  hearts go out to those in the middle east or elsewhere who have lost their lives because of their faith and are ever more thankful for our troops and governments that protect us in the west.

If this should ever fail or the persecution ever come to our country, we must be ready to give our lives for our faith, but we can only hope and pray that it does not. Still, we must remember that, whatever does occur, God is in control and He will repay the ungodly for their ways or what they do to us.

We must keep our minds set on the goal of heaven for ultimately, “Blessed are all those who put their trust in Him.” Despite any hardship or persecution we may suffer while we are in this life, if we put our hope, trust and our obedient faith in God, we will ultimately be the victor. This Psalm affirms this for us in the realm of nations and in political intrigue. As King David affirms he will do, and surely our Savior will do, we must keep the faith and urge others to do the same.